There Are No Women Leading Marine Infantry Platoons. The Corps Wants to Change That 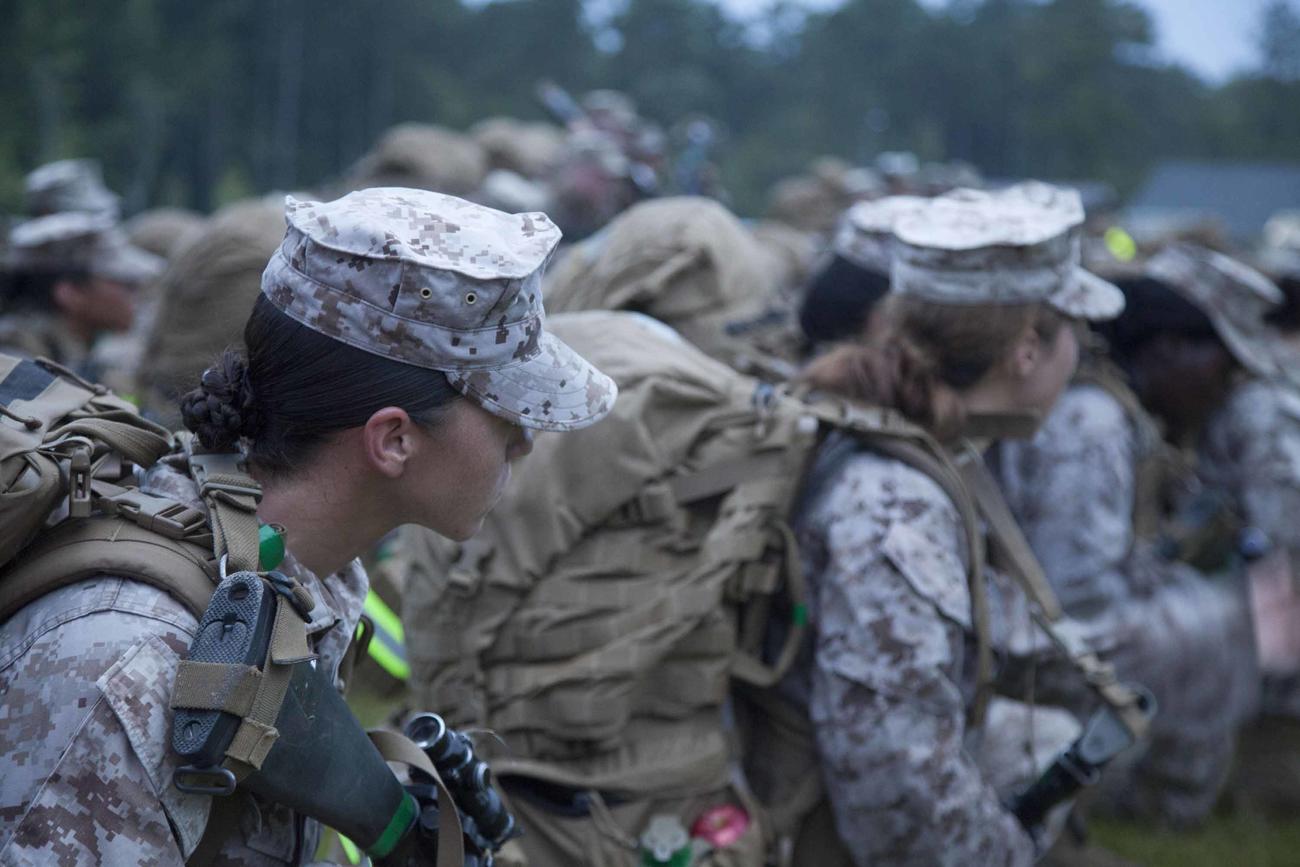 Nearly 300 female Marines have moved into combat-arms jobs that were, up until less than five years ago, previously open only to men. But only one female officer has led a Marine infantry platoon so far.

Now, the Marine Corps is calling on female lieutenants and captains to consider making a lateral move into the infantry officer military occupational specialty. The decision would require women to attempt the arduous Infantry Officer Course, which prepares Marines to lead grunts in combat.

Two female Marines have passed the course so far. Women have been allowed to attempt it since 2012.

The Marine Corps put out a service-wide message this week soliciting female company-grade officers to volunteer to go infantry. The Infantry Officer Course is typically open to second lieutenants just out of The Basic School.

The push aligns with a priority Commandant Gen. David Berger set in February to get more women leading grunt units. Berger told Military.com earlier this year that he’s not only open to extending the opportunity to first lieutenants and captains, but also women who left active duty before the restrictions blocking them from serving in combat jobs were lifted.

“If the door wasn’t open before, why don’t we say, ‘OK, you’re a captain — if you want to, we’ll give you a shot,'” Berger said earlier this year. “… Or if they left the military or went into the Reserve because it wasn’t an option for them, why don’t we make it an option?”

Marine officials did not immediately respond to questions about whether there’s a certain number of women they’re hoping to see take up the call to attempt IOC. The message says qualified women interested in attempting the course must submit a lateral move package by Sept. 30.

The possible career switch is open only to those on active duty who haven’t yet been considered for promotion to major. They must have completed The Basic School prior to January 2016, when combat jobs across the military opened to women. They must also be in top shape physically with a first-class physical fitness test score, and have current marksmanship and swim qualifications.

The Marine Corps has struggled to find female officers willing to attempt the grueling 84-day Infantry Officer Course. As of February, fewer than 10 women had attempted it since infantry jobs opened to women in 2016, and two had graduated.

The Army, which is about two-and-a-half times the size of the Marine Corps, has 489 women serving in the infantry, as of July. That’s still less than 1% of the Army’s infantry branch, which includes more than 61,000 soldiers.

To date, 52 women have also graduated from Army Ranger School. That famously challenging course is open to both officers and enlisted soldiers. Four women who have earned Ranger tabs have gone on to serve in that regiment.

Former Capt. Marina Hierl was the first woman to graduate from the Marine Corps’ Infantry Officer Course in September 2017. She went on to lead a platoon of grunts with 2nd Battalion, 4th Marines, during a rotation to Australia, and later served as another unit’s assistant operations officer before leaving the service at the beginning of this year.

The second woman to graduate from the Infantry Officer Course went on to become an intelligence officer. That Marine, whose identity has not been revealed, is a first lieutenant serving as 7th Marine Regiment’s assistant intelligence officer, said 1st Lt. Cameron Edinburgh, a spokesman for 1st Marine Division.

On the enlisted side, at least 219 female Marines have moved into combat jobs previously closed to women, according to data obtained by Military.com. The combat engineer MOS has seen the most women joining the field, with 58 as of February. Forty-two have become infantry riflemen, 28 are assault amphibious vehicle Marines, and 25 are Marine Corps cannoneers.

More than 50 enlisted women have joined grunt units, but Hierl remains the only female officer to command an infantry platoon. Of the more than five dozen female officers who’ve served in previously closed roles, all but nine have served in just two jobs: field artillery officer and combat engineer officer.

The Marine Corps has had a pair of female tank officers, three AAV officers and two low-altitude air defense officers.

Berger in March acknowledged that cultural barriers still exist when it comes to women serving in the infantry. He stressed that a leader’s capabilities should be based on performance — not gender.

“Male or female, it doesn’t matter,” the commandant said. “[We infantry Marines] have served alongside males that couldn’t hack it in the infantry. Gender doesn’t matter. Can you carry the load? Can you do the job? If you can, all the rest works itself out.”

Whether a Marine passes IOC or washes out, everyone should get the same opportunity to try it, Berger said.