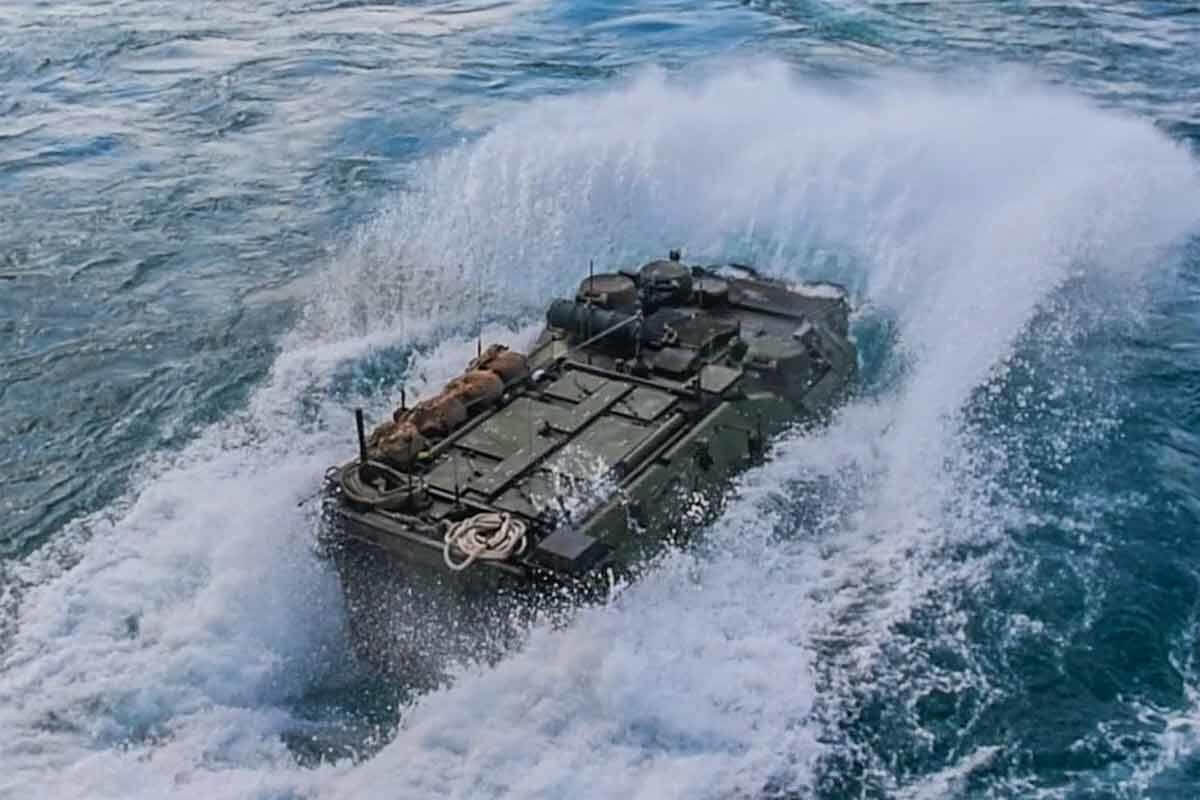 But they hit rough seas after passing the surf zone on their way back to the amphibious transport dock Somerset from San Clemente Island, leaving one AAV filling with more water than it could pump out, Commandant Gen. David Berger said on Monday. Nine of the 16 troops inside that vehicle were killed in the accident that left the AAV on the seafloor.

One of those Marines — Lance Cpl. Guillermo Perez — suffered a serious head injury, the commandant said.

Eight others — Pfcs. Bryan Baltierra, Evan Bath and Jack Ryan Ostrovsky; Lance Cpls. Marco Barranco and Chase Sweetwood; Cpls. Wesley Rodd and Cesar Villanueva; and Navy Hospitalman Christopher Gnem — have not yet been found. The Marine Corps ended a search-and-rescue mission for them on Sunday, declaring them deceased.

All nine service members killed in the accident were under the age of 24.

Berger said the search continues to find the remains of the fallen. The Navy was initially using a tethered submersible to find the AAV, he said. Now they’re using a pair of autonomous search vehicles he said look like submarines with sonars on the front.

The Marines and sailor were assigned to Battalion Landing Team 1st Battalion, 4th Marines. They were preparing for an upcoming deployment with the 15th Marine Expeditionary Unit.

The Marines had completed their training off California’s coast on Thursday when they were headed back to the Somerset.

Lt. Gen. Joseph Osterman, the former head of I Marine Expeditionary Force, told reporters last week that the AAV sank in several hundred feet of water. The Navy is using the unmanned vehicles to find the amtrac since it’s in an area that’s too deep for divers to reach.

The investigation into the accident has already started, Berger said.

“We have no idea what caused it and won’t know for a while,” he added. “The Marines that were recovered obviously saw what happened, or part of it, so that will be really helpful. And then they’ll recover the amtrac and we’ll see where it goes from there.”

Berger last week halted all water operations for AAVs until the Marine Corps determines what caused one to sink. The service’s fleet of AAVs date back to the early 1970s, and have been involved in deadly accidents in the past.

The Marine Corps is in the process of replacing those vehicles, but that’s not set to begin for several more months. For now, AAVs are only permitted to operate on land until all 800-plus in use are inspected in accordance with Berger’s directive.

All the Marines who died in last week’s accident were infantry riflemen. Gnem was their corpsman.

Baltierra, 18, was from Corona, California. The day before his death marked the one-year point from when he shipped off to boot camp at Marine Corps Recruit Depot San Diego. He later completed his military occupational specialty training as an 0311 rifleman at the School of Infantry-West.

Barranco, 21, of Montebello, California, reported to boot camp in February 2019. He, too, trained at SOI-West.

Bath, 19, of Oak Creek, Wisconsin, reported to boot camp in San Diego the same day Baltierra did in July 2019. He then trained as a rifleman at SOI-West.

Gnem, 22, of Stockton, California, joined the Navy in May 2017. He reported to 1st Marine Regiment in December 2019 after completing training as a fleet Marine force hospital corpsman. Gnem had a Navy Good Conduct Medal.

Ostrovsky, 21, of Bend, Oregon, reported to Marine Corps boot camp in San Diego in June 2019. He also completed training as an 0311 rifleman at SOI-West.

Rodd, 23, of Harris, Texas, reported to boot camp in San Diego in January 2017. In addition to training at SOI-West, Rodd also completed Marine Corps Security Force Guard Training in Virginia in 2017. He served with Security Force Regiment before reporting to 1/4. Rodd had a Marine Corps Good Conduct Medal.

Perez, 20, of New Braunfels, Texas, went to boot camp in June 2019. He completed his MOS training at SOI-West.

Sweetwood, 19, of Portland, Oregon, went to boot camp in San Diego in December 2018. He also trained at SOI-West.

Villanueva, 21, of Riverside, California, went to boot camp in San Diego in September 2017. Like the other riflemen, Villanueva trained at SOI-West before he, too, reported to Marine Corps Security Force Guard Training in Virginia. He served with the Security Force Regiment before joining 1/4 and had previously deployed.