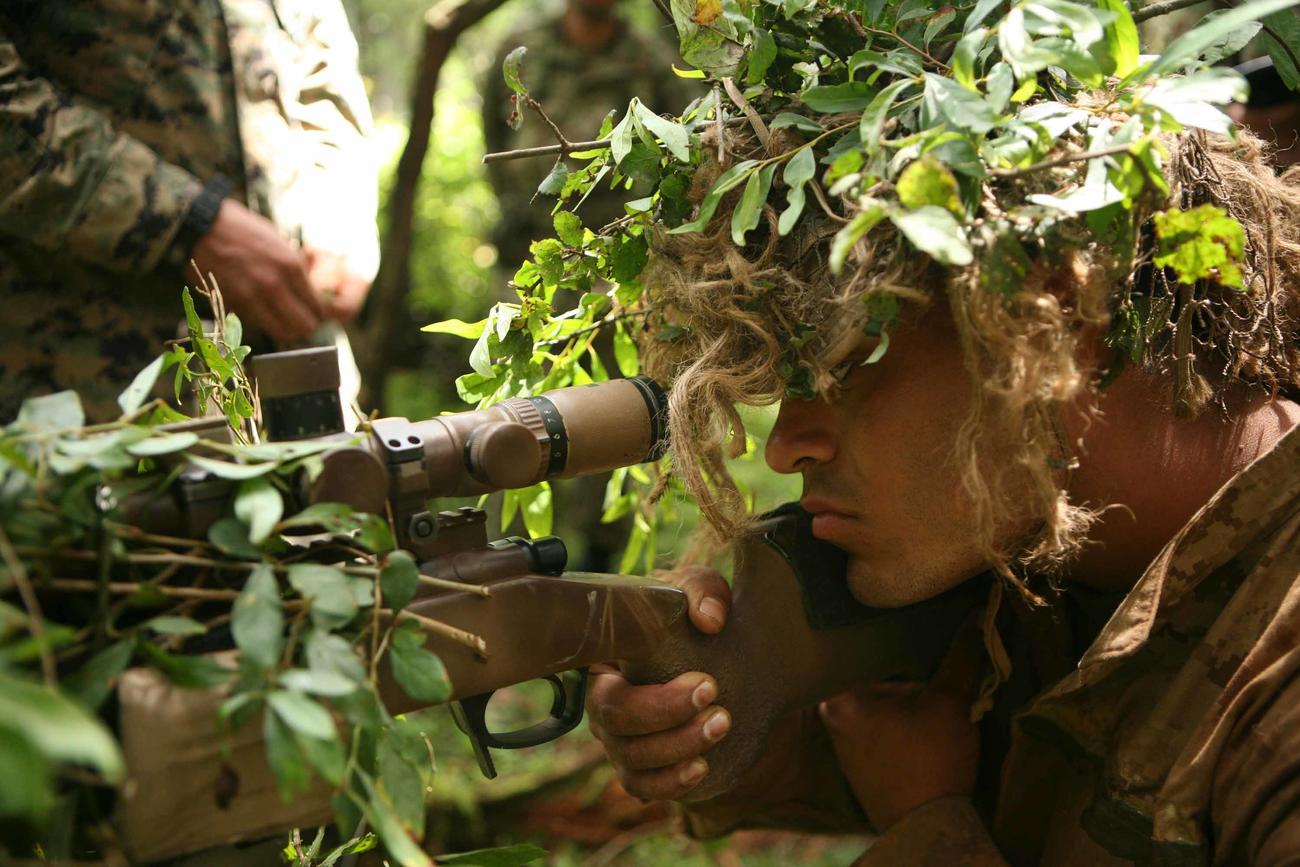 You’re a Marine operating with your squad at a forward location with little cover. A lookout spots a small, lightweight drone — not a friendly — flying far overhead. What do you do?

A new manual independently compiled by 11 seasoned Marines and veterans aims to answer that question and provide much more guidance to ground troops seeking to avoid detection against a growing enemy threat. Published at the end of June, the 96-page guide proposes a standard operating procedure, or SOP, for Marines training for and operating in an environment where enemy drones, more formally known as unmanned aerial systems, are part of the terrain.

Published on the unofficial infantry skills training website 2ndbn5thmar.com, the guide proposes code words Marines can use to signal that a UAS has been spotted; to tell the unit to camouflage itself; and to order an attack on the drone. It also offers detailed guidance on effective camouflage, building on existing practices such as covering a helmet with foliage and a vehicle with netting and adding in newer precautions such as heat signature masking.

The Marine Corps has yet to publish official training and readiness manuals for the force that address enemy UAS camouflage protocol with this level of specificity. But that’s common, said Capt. Walker Mills, a coauthor on the new SOP manual.

Mills, who is now an exchange officer at the Colombian Naval Academy in Cartagena, told Military.com that developing new military procedures and protocols often begins as a decentralized process. While serving as a platoon commander at 2nd Battalion, 1st Marines, out of Camp Pendleton, California, Mills said he had written his own after-action review for his battalion following an exercise in which an RQ-11 Raven drone was used to simulate an enemy UAS.

What stood out to him, he said, was the vulnerability of troops on the ground when confronted with one of these little eyes in the sky.

“You can find Marines really easily, and if you used mortars, you could hit these guys,” he said.

So when retired Marine Corps Lt. Col. Brendan McBreen reached out to him about contributing to the enemy UAS camouflage document, Mills readily contributed his thoughts. Other authors include faculty at The Basic School and School of Infantry-West.

The Marine Corps, Mills noted, was rightly cautious in issuing operational guidance that every Marine would have to adhere to, particularly in a rapidly changing environment in which much was still being learned.

“They don’t want to write it down and put it in the manual until it’s generally accepted everywhere else,” he said. “It’s almost incumbent on the fleet Marines to figure out what are the [tactics, techniques and procedures]. … Hey, what do we think we should be doing.”

Officials with Marine Corps Training and Education Command acknowledged a query from Military.com about the effort but said they could not immediately provide a response.

Much of the camouflage guidance within the manual, such as painting rifles and employing vehicle dispersion, is established best practice. More complex proposals, such as masking the shapes of tents with netting and using thermal blankets to mask heat signature, represent not so much new information as the introduction of an aerial threat that has largely been absent in the last few decades of fighting.

“This isn’t necessarily ground-breaking stuff,” Mills said. “We’ve kind of collected it and said, ‘Hey, Marines, maybe it’s time to dust off some of those old manuals and bring those back.’ The environment over the last 20 years has not really forced us to place a premium on camouflage. The current environment and the commandant’s planning guidance [both indicate] … ‘Hey, we need to worry about this a little bit more.'”

Having protocols and instructions that address enemy drone threat situations also helps counteract the impulse to freeze at the moment of confrontation, Mills said. But the prevailing goal, he said, is to avoid detection altogether.