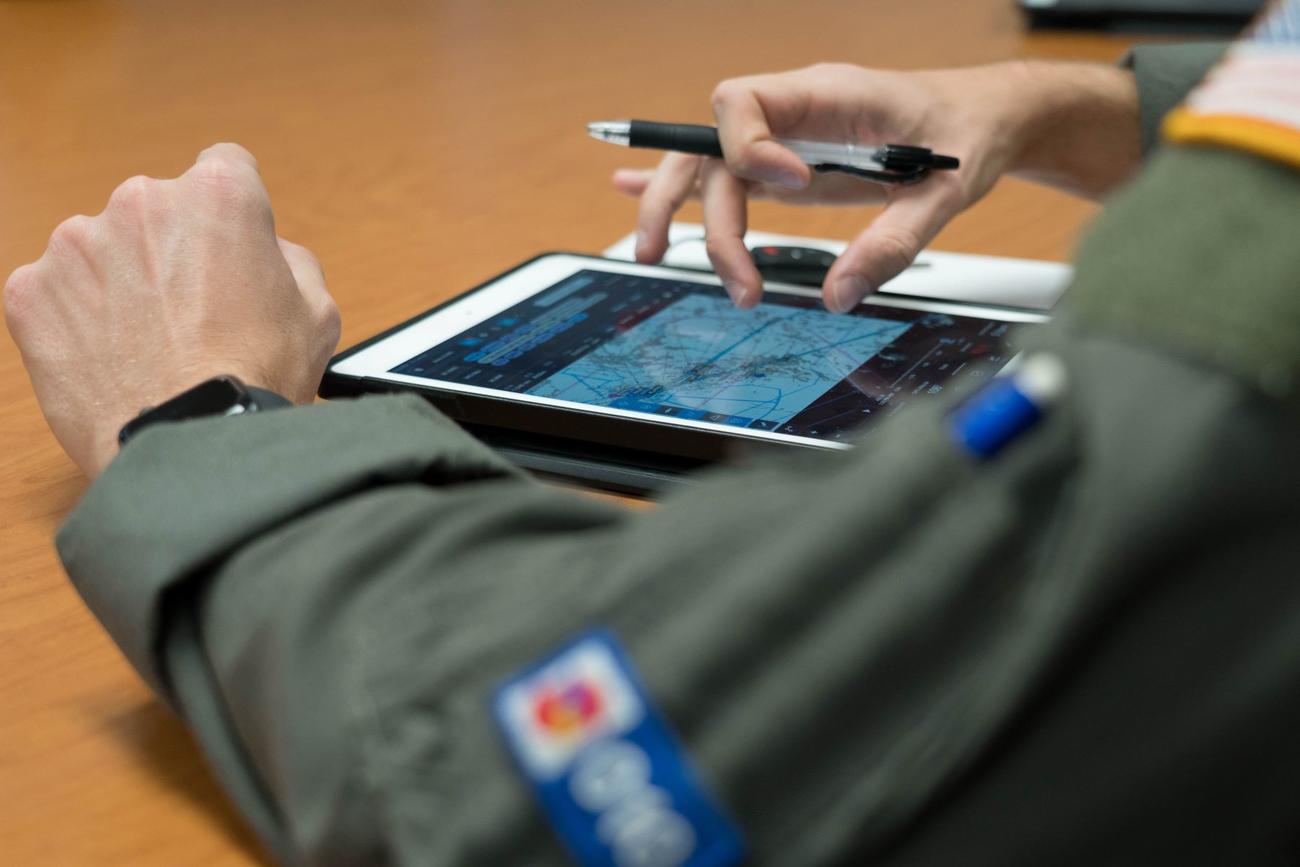 While Hawaii residents and commercial carriers were trying to keep their distance from, an elite group of Air Force reservists were flying into the eye of the storm.

Douglas was on a forecast track to move dangerously close to the Hawaiian Islands on Friday when aircrews with the 53rd Weather Reconnaissance Squadron “Hurricane Hunters ” ventured into the storm to gather weather data, including temperature, wind speed, wind direction, humidity and surface pressure.

They were expected to begin a round of missions after 5 p.m. Friday. At that point Douglas remained a Category 3 hurricane with maximum sustained winds of 115 mph and was moving west-northeast at 20 mph. The storm was 665 miles east of Hilo and 865 miles east-southeast of Honolulu. Oahu, Maui and Hawaii island were all under a hurricane watch.

The teams, which hail from Keesler Air Force Base in Mississippi, are expected to leave Hawaii early Sunday before the start of the storm.

They brought two specially outfitted Lockheed Martin C-130J Super Hercules aircraft to Hawaii. The four-engine turboprop military transport aircraft have been modified to include two external fuel pods so the aircraft can fly longer in the storm. There’s a radiometer pod on the left wing, and the cargo bay includes a pallet for the computer system that processes all the atmospheric data and another for the loadmaster /dropsonde, which is an expendable weather reconnaissance device.

Lt. Col. Anthony Wilmot, 53rd WRS director of operations, said in a news release that the aircrews were expected to fly through Douglas’ eye four to six times to locate the low-pressure center and circulation of the storm.

Wilmot said during each pass through the storm’s eye, the aircrew will release a dropsonde, which collects weather data as it descends to the ocean surface.

Lt. Col. Marnee Losurdo, a public affairs officer who planned to fly into Douglas with the Hurricane Hunters, was bracing for a long night.

She expected the weather reconnaissance mission could run anywhere from six to 12 hours.

Some might question the wisdom of flying into a hurricane ; however, Losurdo said the aircrews take special courses and train extensively.

“They are very conscious of safety. It’s all about mitigating risk, which can occur whether someone is driving to work or flying into a hurricane to collect data to save people’s lives, ” she said. “We’ve been told that the information obtained could improve forecasts by 15 % to 25 %.”

John Bravender, a Honolulu-based warning coordination meteorologist for the NOAA /National Weather Service and the Central Pacific Hurricane Center, said forecasters will use information provided by the Hurricane Hunters to refine their forecasts.

“The Hurricane Hunters are extremely useful to us. They come out to us anytime there’s a potential land threat to Hawaii, ” Bravender said. “As forecasters, we really need to know what’s happening now to make a good forecast as to what’s happening in the future. We need to know how strong the storm is now and where it’s heading.”

Bravender said the hunters were in Hawaii in 2018 for Hector, Lane and Olivia. They were poised to come to Hawaii last year for Hurricane Flossie but elected not to come after the storm weakened, he said.

While officials are updating forecasts, Bravender urges Hawaii residents statewide to prepare for a worst-case scenario.

“We don’t want people to focus on the track itself, which will change over time, ” he said. “This is the window of opportunity to get ready. Make sure to have food and water and medicine and any other supplies you might need.”

This article is written by Allison Schaefers from The Honolulu Star-Advertiser and was legally licensed via the Tribune Content Agency through the NewsCred publisher network. Please direct all licensing questions to legal@newscred.com.