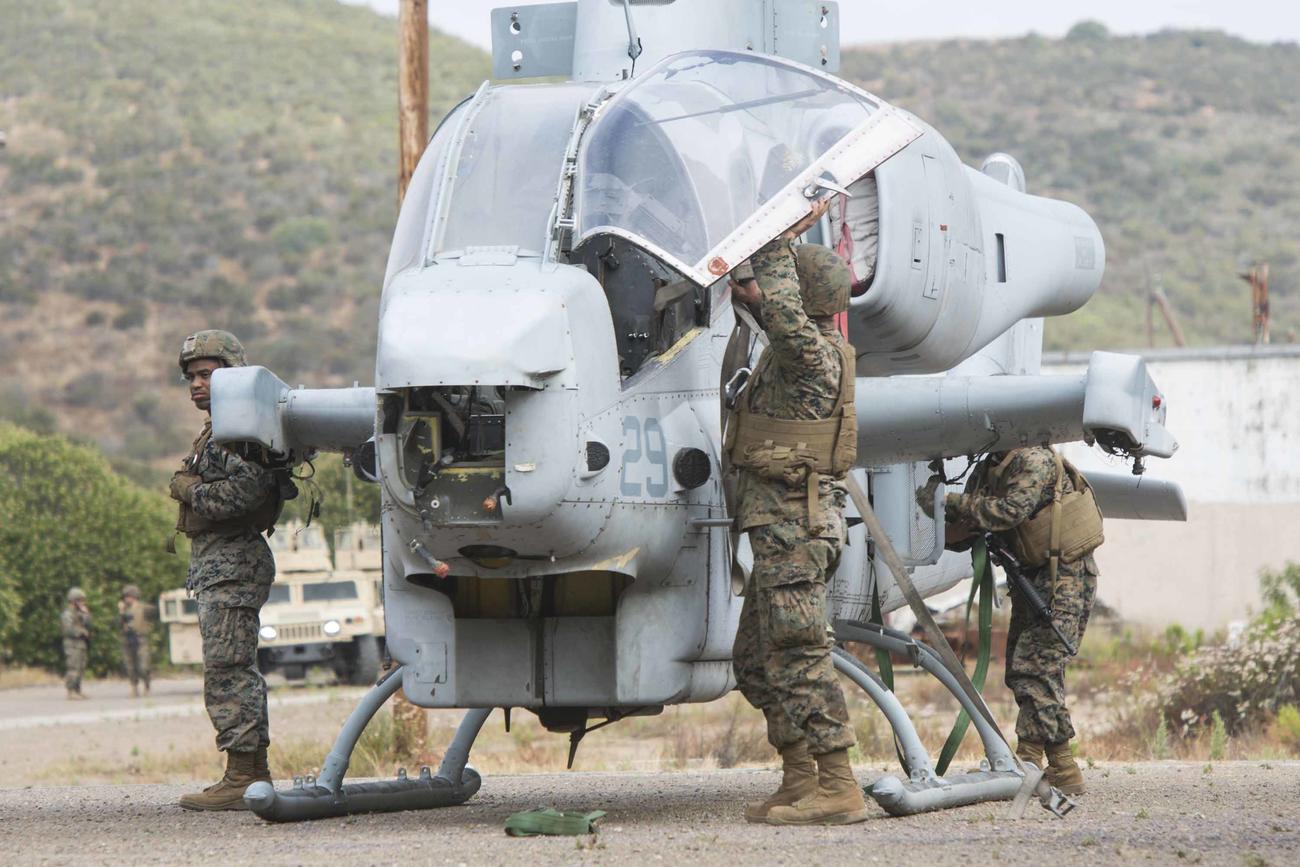 The unit, the Marine Wing Support Group 37, was responsible for synchronizing the efforts of four squadrons and how they provided ground support.

Deactivating the unit frees up time and resources toward a redesign of the Marine Corps as ordered by Commandant Gen. David Berger, who emphasized in his 2019 plan the importance of the military branch becoming “lighter and faster” across the Pacific.

“We are the nation’s crisis response force, which requires capable and ready amphibious war-fighting platforms and a family of modern connectors,” Berger said in his planning guide for overhauling the Marines. “Our expeditionary warfare system must be networked, lethal, resilient, and must enable quicker movement to new technologies and capabilities faster than our adversaries.”

The Marines are dumping some of their legacy equipment and units, such as companies that go in and build bridges or operate tanks. There are plans over the next five years to cut more from the San Diego-based air wing including, an Osprey squadron and two helicopter squadrons.

The Marine Corps will reduce its personnel by 12,000 over the next decade. It will invest resources into new fighting technologies such as drones, long-range precision missiles, reconnaissance robots and unmanned systems.

Typically, Friday’s deactivation would have included a “sundowner” ceremony for the approximate 50 Marines that will be sent to serve in other units. But, because of coronavirus precautions, base officials decided not to gather a large group, said Lt. Zach Bodner, a spokesman for the air wing.

The force redesign ensures that aviation ground support will be provided by each of the four Marine Wing Support Squadrons that will fall under Marine Aircraft Groups 11, 13, 16 and 39 respectively. The air wing will continue to integrate with the Navy. In doing so, 3rd MAW will outpace emerging threats and support I Marine Expeditionary Force, Marine officials said. ___

This article is written by Erika I. Ritchie from Orange County Register and was legally licensed via the Tribune Content Agency through the NewsCred publisher network. Please direct all licensing questions to legal@newscred.com.