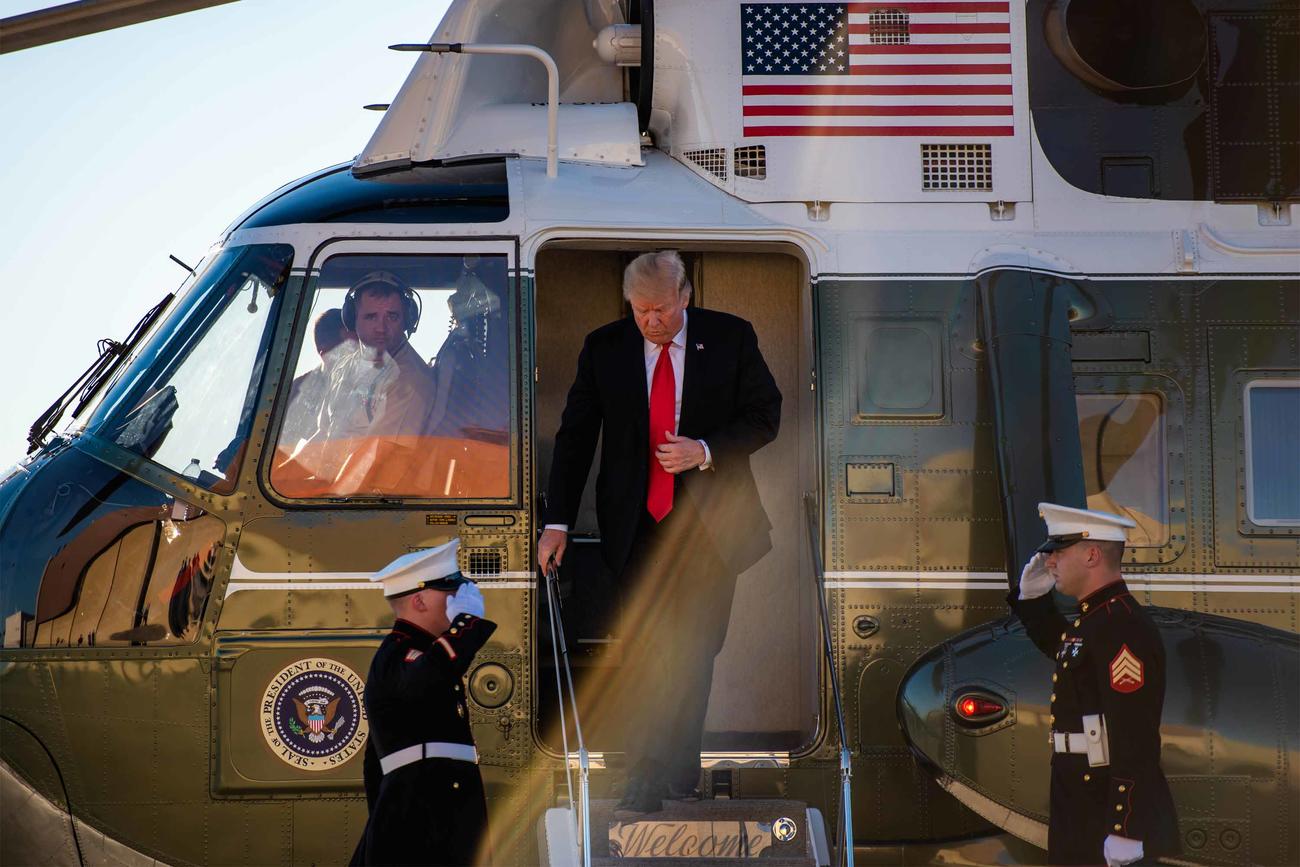 A Marine assigned to President Donald Trump’s helicopter squadron has tested positive for the illness caused by the novel coronavirus.

The member of the Virginia-based Marine Helicopter Squadron One was tested for COVID-19 on Tuesday and received positive results on Thursday, Capt. Joe Butterfield, a Marine spokesman at the Pentagon, said. The Marine was on detachment in Bedminster, New Jersey, in support of the White House, he said.

Trump is scheduled to visit Bedminster this weekend. Politico first reported on the Marine testing positive for COVID-19 ahead of the president’s visit.

The helicopter squadron routinely tests its members, Butterfield added, performing between 80 and 100 random and targeted tests each month. The infected Marine is asymptomatic, he added, and the Marine Corps and White House Medical Unit are conducting contact tracing to identify anyone else who might have had contact with the Marine.

The helicopter squadron is also sanitizing all its aircraft in New Jersey, following Centers for Disease Control and Prevention guidelines, Butterfield said.

“No impact is expected to the president during his trip to Bedminster,” he added.

This isn’t the first time those serving around the president have tested positive for the new coronavirus.

Earlier this month, Kimberly Guilfoyle tested positive for the illness ahead of one of the president’s Independence Day events in South Dakota. Guilfoyle works for the Trump campaign and is the girlfriend of Donald Trump Jr.

In May, a service member assigned as one of the president’s personal valets tested positive for COVID-19, and Vice President Mike Pence’s press secretary also had the virus.

Fake SEAL Pleads Guilty to Stolen Valor, Stealing from VA
10 Free Ways to Give Your House a New Look