Marine Corps Marathon Canceled for 1st Time in Its History 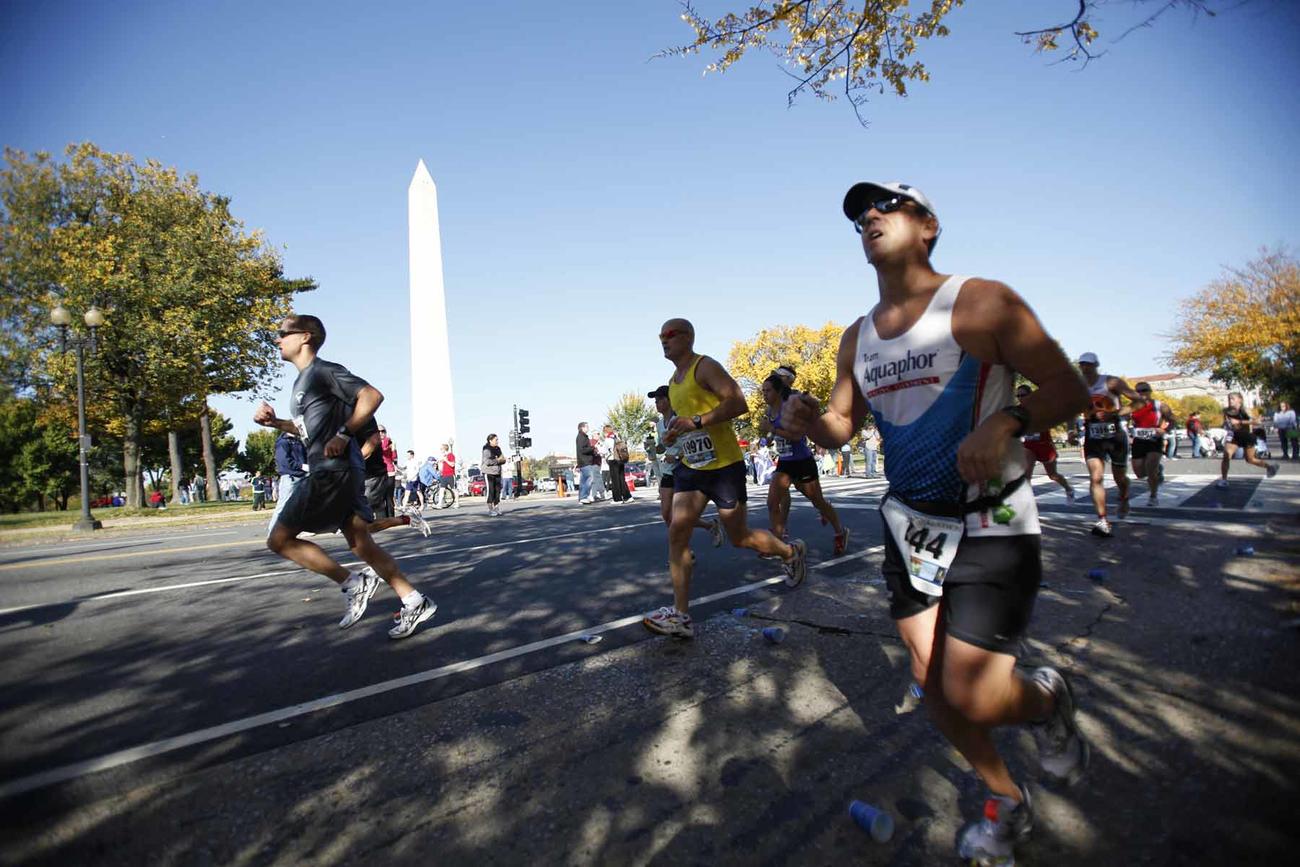 The novel coronavirus pandemic has claimed another big event for runners.

Marine Corps Marathon officials announced Monday that the traditional fall race will be canceled for the first time in its 45-year history.

The 2020 in-person Marine Corps Marathon events scheduled to take place in and around Washington, D.C., from Oct. 23 to Oct. 25 will now go entirely virtual. Rick Nealis, the Marine Corps Marathon Organization’s director, said the decision was made after several meetings with local government and public health officials.

“We understand this is disappointing news for many, but we could no longer envision a way to gather together in compliance with safety guidelines,” Nealis said in a statement. “While we are unable to celebrate in-person this October, we are excited about the opportunity to bring the 45th anniversary event to the homes of runners around the world through a rewarding and engaging virtual experience.”

The decision to cancel the Marine Corps Marathon was made Friday by Commandant Gen. David Berger, according to The Washington Post, which first reported that the in-person events had been axed. Nealis announced last month that two other events that take place the same weekend in October — the Marine Corps Marathon Kids Run and 10-kilometer event — would be virtual-only.

As coronavirus cases continue to rise in many areas, including D.C., Maryland and Virginia, Libby Garvey, Arlington County’s board chair, said health and safety must remain the top priority.

About 30,000 runners typically participate in what’s known as the “People’s Marathon” each year. The 26.2-mile course winds its way through Washington, D.C., and Arlington, Virginia. The course includes the famous “Wear Blue” mile at Hains Point on the Potomac River, where participants run past posters of fallen troops.

That’s the point in the race Anna Bevill says she’ll miss the most this year. Bevill is running the full Marine Corps Marathon for the third time this year in honor of her brother, Army Spc. Thomas Doerflinger, who was deployed to Iraq with the 25th Infantry Division’s 1st Stryker Brigade Combat Team in 2004 for less than a month when his unit was attacked.

Doerflinger died in Mosul at the age of 20. After his death, Bevill said she got involved in the Wear Blue: Run to Remember running community, and she credits the experience with helping her process her grief.

Bevill plans to run this year’s marathon with a quote from her brother’s journal written on her arm, which she has also done in past races. It reads, “Steps must be taken to ensure the preservation of that which being most precious is most easily lost.”

She runs because Doerflinger can’t, she said. Seeing the quote will give her the drive she needs to complete what Bevill says will now be a much lonelier marathon.

“It is disappointing, though I certainly understand why they went that direction,” she said of the cancellation. “I was keeping an eye on what their procedures were going to be, and it sounded like they were making preparations, if they were able to hold the event, to keep things as distanced as possible. So, I was still registered for the in-person event.”

The Marine Corps Marathon is offering refunds to runners who don’t want to do a virtual event this year. Runners can also opt to defer that in-person entry to the 2021, 2022 or 2023 race for no fee.

If runners had already paid to defer their entry to a future race, they’ll be eligible for refunds.

The price of the virtual event will be $45, and registration is open to the public. If runners who already paid for the more-expensive in-person option want to do the virtual marathon, they’ll get a refund for the difference in price.

Bevill said she plans to run the marathon on the Baltimore and Annapolis Trail in Maryland’s Anne Arundel County. She’ll miss the Marine Corps Marathon’s route past national monuments and other sites, but said she’s grateful for a flatter path with the option of postponing if the weather is bad.

She also hopes to connect with her late brother on the woods-filled trail, since Doerflinger loved nature.

“There’s just such a strong connection in my brain between Wear Blue, the Marine Corps Marathon, [and] bringing Thomas with,” Bevill said. “It’s just all connected, and the fact that you’re out there traveling 26.2 miles on your own two feet, it’s just kind of an incredible experience.”

They Hit This Navy Vet with Batons. He Didn’t Give an Inch
Physical Preparation and Mindset Development Require Patience