All Fires on the Bonhomme Richard Are Now Out, Navy Says 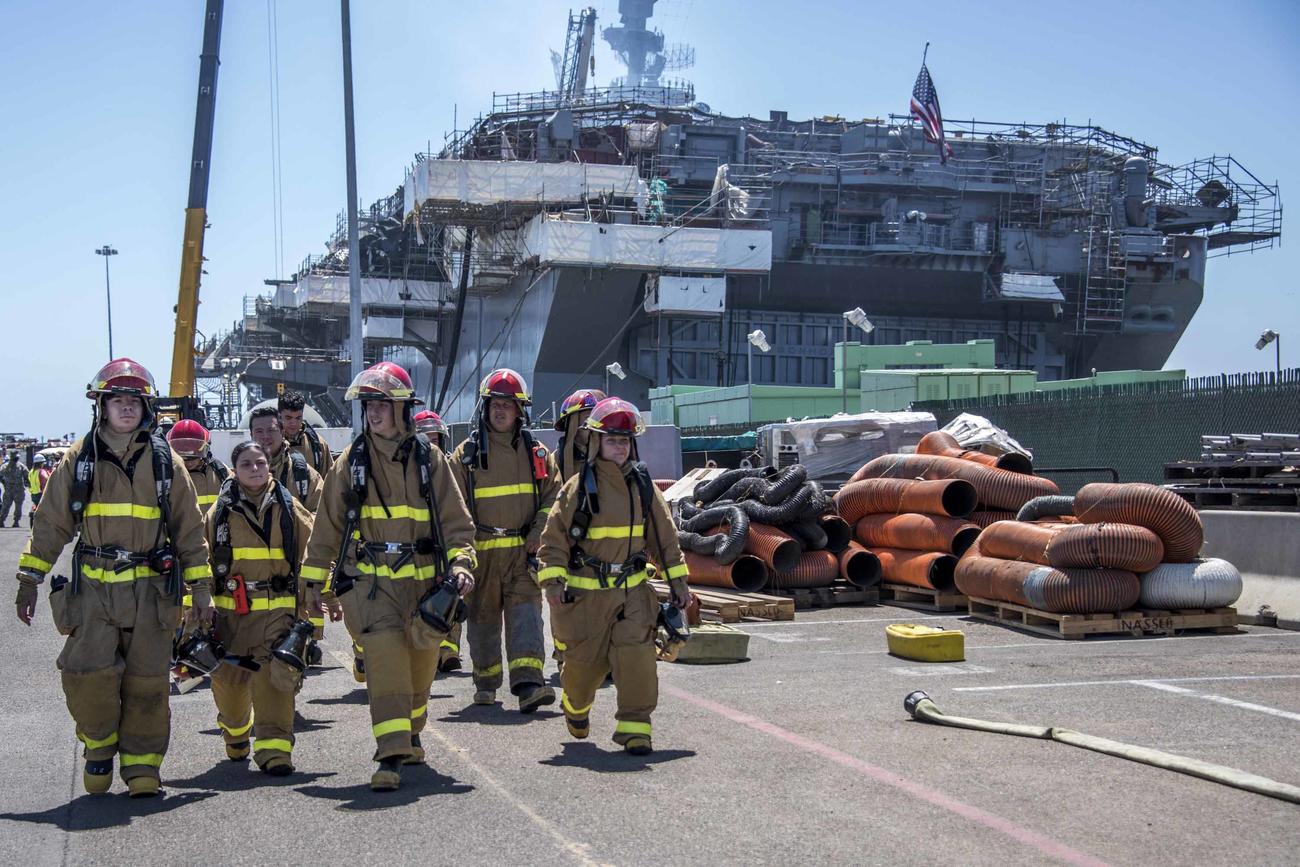 Firefighters have extinguished all known blazes on the Navy amphibious assault ship Bonhomme Richard after four-plus days of round-the-clock efforts.

Teams are inspecting every space on the ship, which has spent days burning pier side at Naval Base San Diego. The fire started Sunday morning in the ship’s lower cargo hold, and it quickly spread throughout the vessel.

Now, officials with Naval Surface Force Pacific say they will launch an official investigation once every space is checked and it’s determined there are no longer any active fires.

Read next: Esper Bans Use of Promotion Board Photos, Orders Review of Hair and Grooming Standards

“We did not know the origin of the fire,” said Rear Adm. Philip Sobeck, commander of Expeditionary Strike Group Three. “We do not know the extent of the damage. It is too early to make any predictions or promises of what the future of the ship will be.

“We cannot make any conclusions until the investigation is complete,” he added.

The Bonhomme Richard is considered stable and survivable, Sobeck said during a Thursday press conference. Whether the Navy will choose to spend the time and money repairing it remains to be seen.

“The superstructure that you see that’s been at a roughly 45-degree angle, that’s aluminum — it’s a softer metal,” he said. “So you saw the remnants of what high heat does to aluminum. The deck underneath is secure.”

Sobeck credited the crews getting the temperature on the ship down about 1,000 degrees in the last 24 hours. The situation on the Bonhomme Richard highlights, he added, that every sailor is a firefighter.

“The bottom line is their ship is their home,” he said. “… Over the last four days, I’ve witnessed your sons and daughters rushing to the flames, putting the flames out and securing their ship.”

Sixty-three people — 40 sailors and 23 civilians — were hurt battling the fire, which at points topped 1,200 degrees. Teams from across several Navy commands and the San Diego Fire Department fought the blaze for days. They did so inside the ship, from the pier, and in nearby boats and helicopters.

“We had support from the air and sea,” Sobeck said. “Three helicopter squadrons conducted more than 1,500 water bucket drops, fighting the fire and cooling the super structure and flight deck, enabling fire crews to get onboard to fight the fire. Tugs also provided firefighting support from the waterline, cooling the ship’s hull.”

Late Wednesday night, firefighters were evacuated from the Bonhomme Richard as the ship again tilted. The crews were moved to the pier, officials said at the time, out of an abundance of caution as they monitored the ship as it settled.

By Thursday morning, they were again allowed to enter the ship.

The Bonhomme Richard was about two-thirds of the way through scheduled maintenance before the ship would have headed into a basic training phase, Sobeck said. The crew was nearing the point at which it would begin testing the ship’s engines, which was why there was about 1 million gallons of fuel onboard when the fire started.

There were also about 85 sailors living on the ship at the time of the fire, said Capt. Mark Nieswiadomy, Naval Base San Diego’s commanding officer. They’ve been given lodging at Naval Bases San Diego and Point Loma.