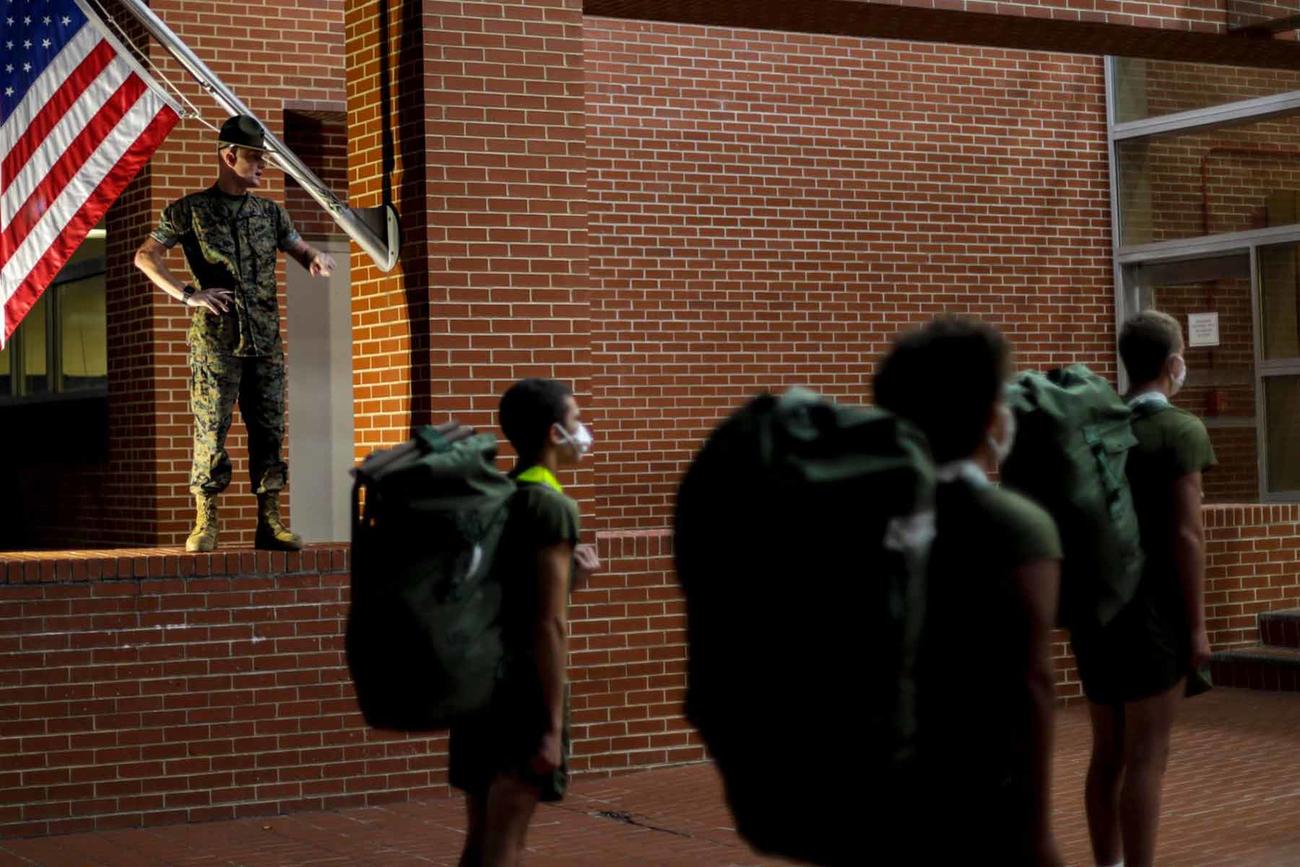 The Marine Corps has seen hundreds of new recruits at boot camp test positive for the illness caused by the novel coronavirus, but their symptoms have been so mild that it hasn’t disrupted training, a two-star general said this week.

Fewer than 2% of the Marine recruits who’ve reported to boot camp since the start of the pandemic have tested positive for COVID-19, Maj. Gen. Bill Mullen, head of Training and Education Command, said Tuesday.

Read Next: Here’s How the Navy’s New PRT Plank Event Will Be Scored

“We’ve had at best less than 500 cases,” he told reporters this week. “And of those cases, the majority had no symptoms whatsoever.”

The military has clamped down on reporting the number of COVID-19 cases within specific commands, citing operational security concerns. Mullen and Navy Rear Adm. Milton Sands, the head of Naval Service Training Command, declined to provide the total number of recruits who’ve tested positive at the services’ training camps in California, South Carolina and Illinois.

Both said, though, that the Navy and Marine Corps have successfully implemented guidelines to keep the pandemic from slowing training.

“We conduct risk assessments every single day to try and really make sure our No. 1 priority is maintaining a safe training environment for our recruits,” Sands said.

Recruits reporting to Marine Corps and Navy boot camp now face a 14-day quarantine before they start training. The sea services also cut the number of recruits back to allow for better social distancing in often-crowded spots at boot camp, such as in squad bays and chow halls.

Trainees also wear face coverings at boot camp, as part of the new rules put in place after the Navy and Marine Corps temporarily halted incoming shipments of new recruits earlier this year.

That was after Marine recruiters in New York, which was seeing the country’s worst outbreak of COVID-19 cases earlier this year, expressed alarm over the service’s decision to continue shipping men and women from coronavirus hot spots off to boot camp.

Mullen said most of the recruits who’ve tested positive for COVID-19 at Marine Corps boot camp have shown no symptoms. They were often identified through contact with another recruit who did show coronavirus symptoms, he said.

“Of those who were sick, none whatsoever were hospitalized,” Mullen said. “So though we have had people obviously get it, it has mostly been a non-event for us.”

Mullen and Sands said both the Marine Corps and Navy continue eyeing states with large coronavirus outbreaks to determine whether they should halt new shipments of recruits from those areas. But Sands said the new protections they’ve put in place at boot camp lower any risk of training outbreaks, even if recruits are coming from hot spots, since new trainees must shelter in place before starting training.

“That probably more than anything has really helped us maintain a steady flow [of recruits] despite different fluctuations and levels of the disease in different states,” Sands said.