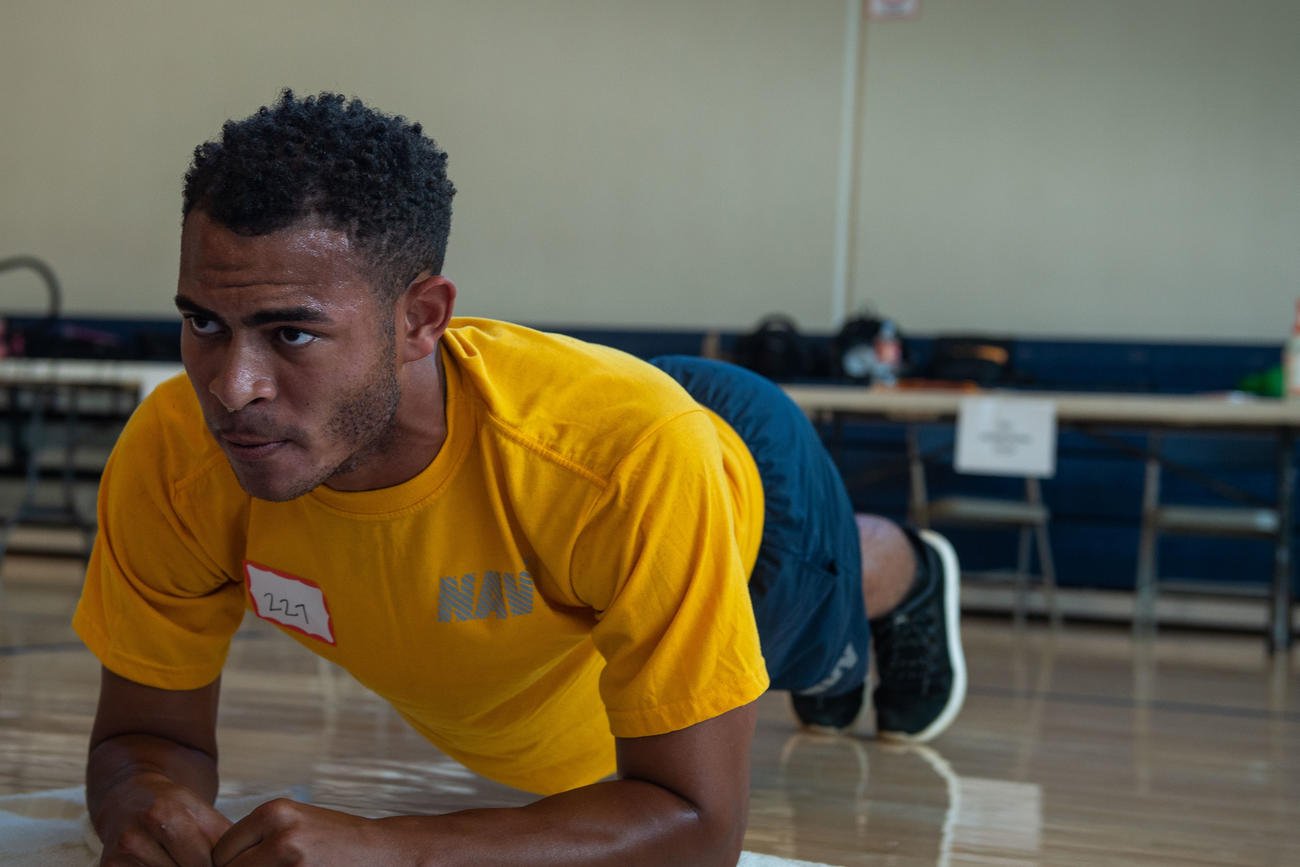 Sailors have gotten a reprieve from fitness tests in 2020 due to the novel coronavirus pandemic, but leaders say they must get ready to perform the plank on upcoming tests.

Chief of Naval Personnel Vice Adm. John Nowell on Tuesday offered a glimpse into how planks will be scored when physical readiness tests make a comeback in January. Planks were set to replace sit-ups on the Navy Readiness Test later this year.

“As a starting point, you can expect the scoring tables to start at about a minute and max out at about three minutes and 30 seconds,” Nowell said in a new video announcing the fall physical fitness assessment cycle would be canceled due to rising COVID-19 cases.

Sailors will be required to perform the plank in place of curl-ups in the first cycle of the 2021 PRT, according to a service-wide administrative message issued Tuesday. But “no plank failures will be counted on initial implementation,” it adds.

“Sailors will be given ample time to practice the plank before it is officially counted for a PRT score,” the message states.

The Navy will use the first cycle to ensure it has times and scores right on new fitness test events before they count against sailors, Nowell said. Service leaders plan to release more details about the new rules in September, he added.

Sailors have been participating in a months-long study meant to help the Navy set scoring tables for the new PRT requirement. Service leaders hoped to collect data on how about 600 sailors — men and women from different age groups — performed in the event.

The first portion of the study was held in Hawaii last fall. The study also assessed future scores for a rowing machine option for the cardio portion of the readiness test.

With base gyms closed and group physical training suspended during the pandemic, Nowell encouraged Navy personnel to practice planks at home.

“As we look at bringing planks onboard, it’s something I do every morning,” he said. “I’ve shifted from curl-ups to planks. It’s much healthier for you; that’s why we’re going to it.”

When announcing the changes last year, former Chief of Naval Operations Adm. John Richardson said the plank would eliminate sit-ups because that exercise had “been shown to do more harm than good.”

“They’re not a really good test of your core strength,” he added.

Nowell said he does two sets of planks for a total of six minutes, which is about double what he’ll likely need to get full marks on the revised PRT.