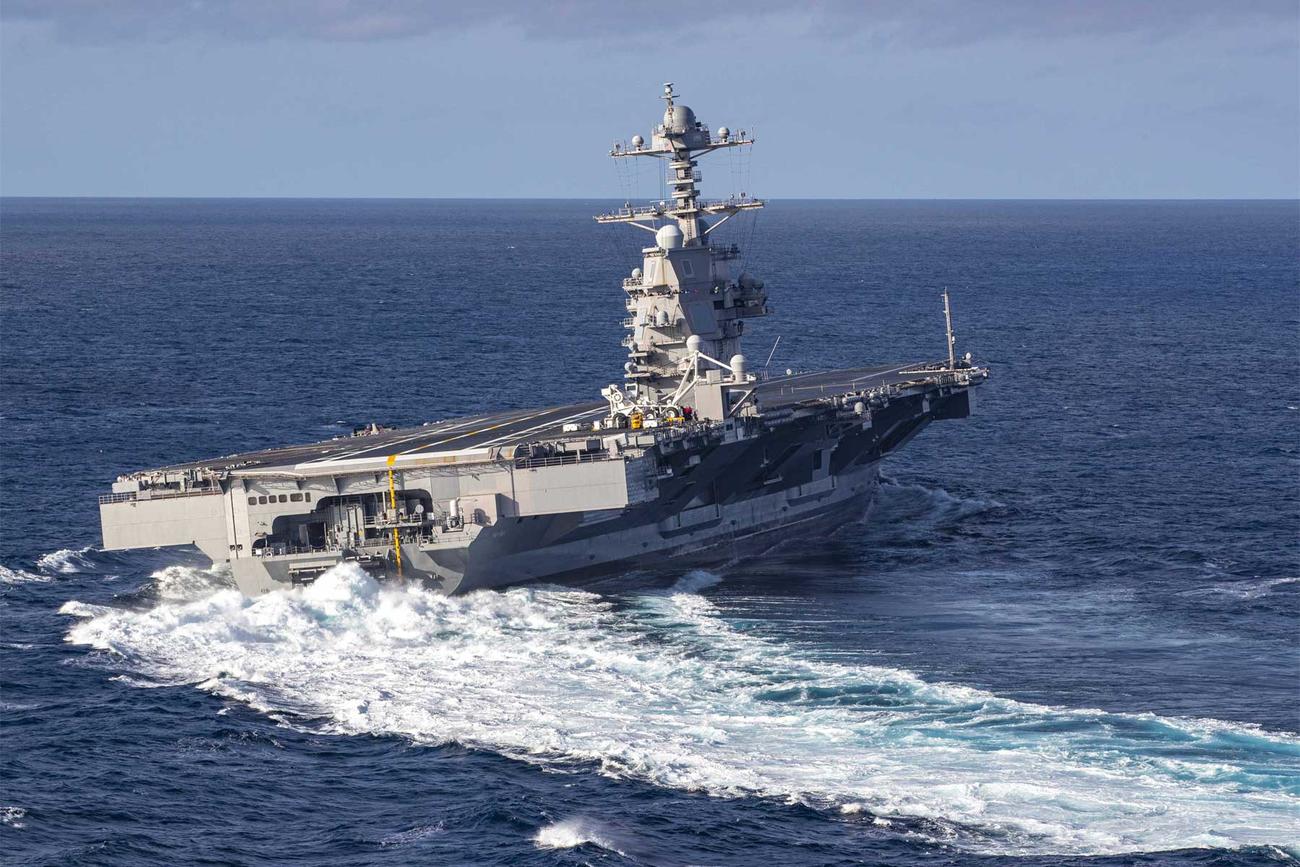 Aviators in a small training detachment aboard the aircraft carrier Gerald R. Ford were recently counseled by leadership after wearing an unauthorized and inappropriate patch, the Navy said.

“The patch in question was inappropriate and not consistent with uniform regulations, which state patches must be appropriate in nature and approved by commanding officers,” Cmdr. Jennifer Cragg, spokeswoman for Naval Air Force Atlantic, said in an email Thursday.

Officials became aware of the patch a week ago, Cragg said in the email. It’s unclear where it came from.

“The small number of aviators who had the patch were counseled, and leadership made clear to everyone in the squadron that the patch was not authorized for wear,” she said.

The Ford, based in Norfolk, Virginia, and commissioned in 2017, is the first of its class and has been intermittently underway for carrier qualifications over the past few months.

This article was written by Katherine Hafner from The Virginian-Pilot and was legally licensed via the Tribune Content Agency through the NewsCred publisher network. Please direct all licensing questions to legal@newscred.com.