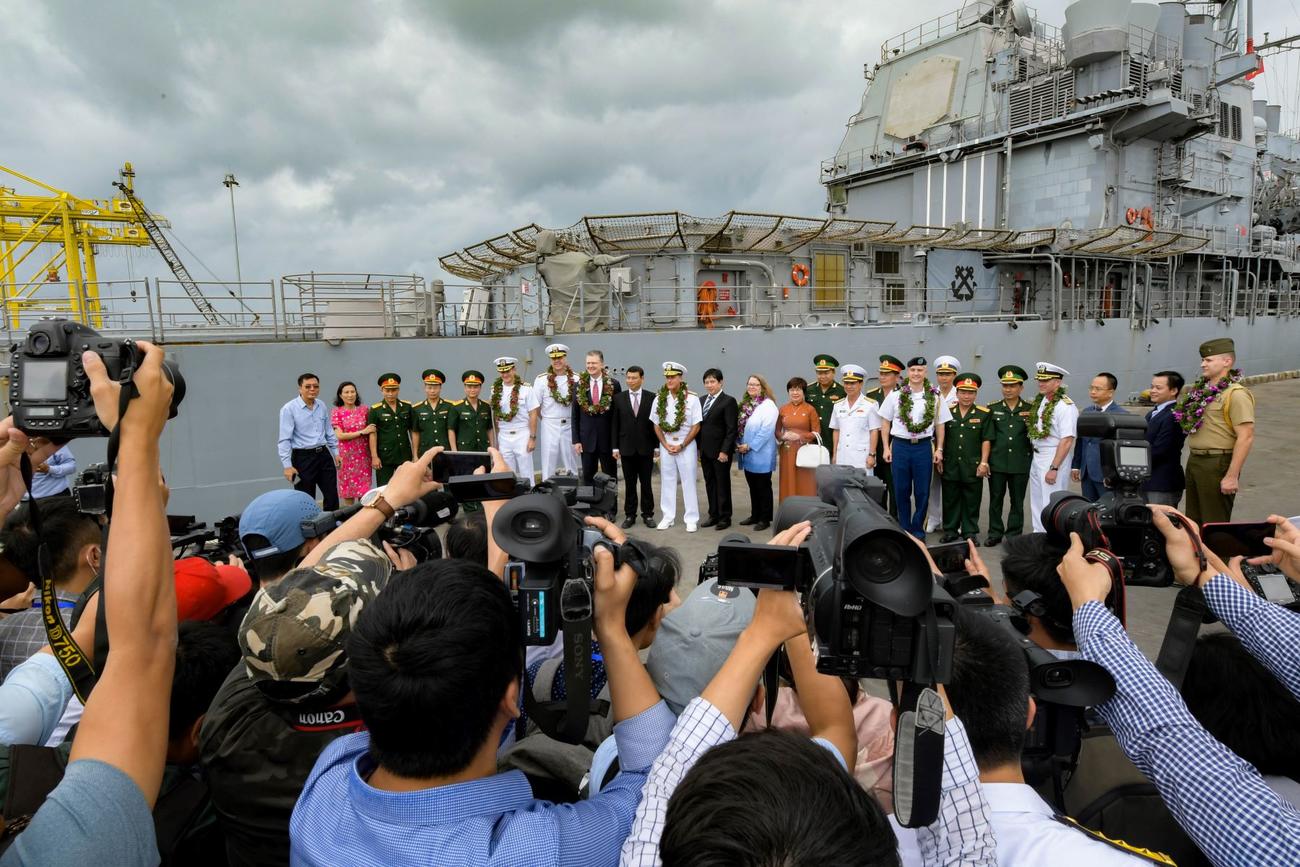 The investigation into a coronavirus outbreak on the Navy carrier Theodore Roosevelt didn’t only lead the service to backtrack on a previous recommendation to reinstate the ship’s former commanding officer — but also on how the virus ended up on the ship in the first place.

The Navy’s top admiral said on Friday that they now believe the COVID-19 outbreak on the Roosevelt originated with a March port call in Vietnam, not flight crews bringing supplies to the ship. Officials in April said the timing of the first outbreaks had them eyeing carrier onboard deliveries, known as CODs, as the likely culprit.

But after a wider investigation they no longer believe that to be the case, Chief of Naval Operations Adm. Mike Gilday told reporters. Gilday and Navy Secretary Kenneth Braithwaite briefed reporters Friday afternoon on the outcome of a months-long investigation into the Roosevelt’s outbreak and the subsequent firing of the ship’s commanding officer.

“We think that likely it happened during the port visit to Vietnam,” Gilday said. “… But we don’t have a clear understanding of Patient Zero.”

Thirty-nine members of the Roosevelt’s crew were quarantined after the port call in Vietnam over fears they’d been exposed to the virus, the investigation states. After two weeks though, all 39 showed no signs of having the illness and tested negative for COVID-19.

Around the same time, two air-wing sailors on the ship began showing symptoms. That was after seven COD flights from the Philippines brought passengers and detachment personnel out to the Roosevelt. Four of those personnel later tested positive for the virus, the investigation states.

“However analysis of the time of their positive results indicates that they were likely not the source of the introduction of the virus,” it adds.

That raised questions about why a captain was held responsible for a situation that arose after someone higher up the chain of command made a decision that ultimately led to a health crisis on the ship. Gilday said the investigation took an “extensive look” into the decision-making before the Roosevelt stopped in Vietnam.

The port call, approved by Adm. Phil Davidson — head of U.S. Indo-Pacific Command — was made a week before the World Health Organization had declared the coronavirus a global pandemic, Gilday said, and there were no State Department warnings for Vietnam and no recorded COVID-19 cases in Da Nang, where the ship was headed.

In looking at Davidson’s call to send the ship to Vietnam, Gilday said “we found that decision was sound.”

“We found no fault with the rationale to make the decision to go into port,” Gilday said.