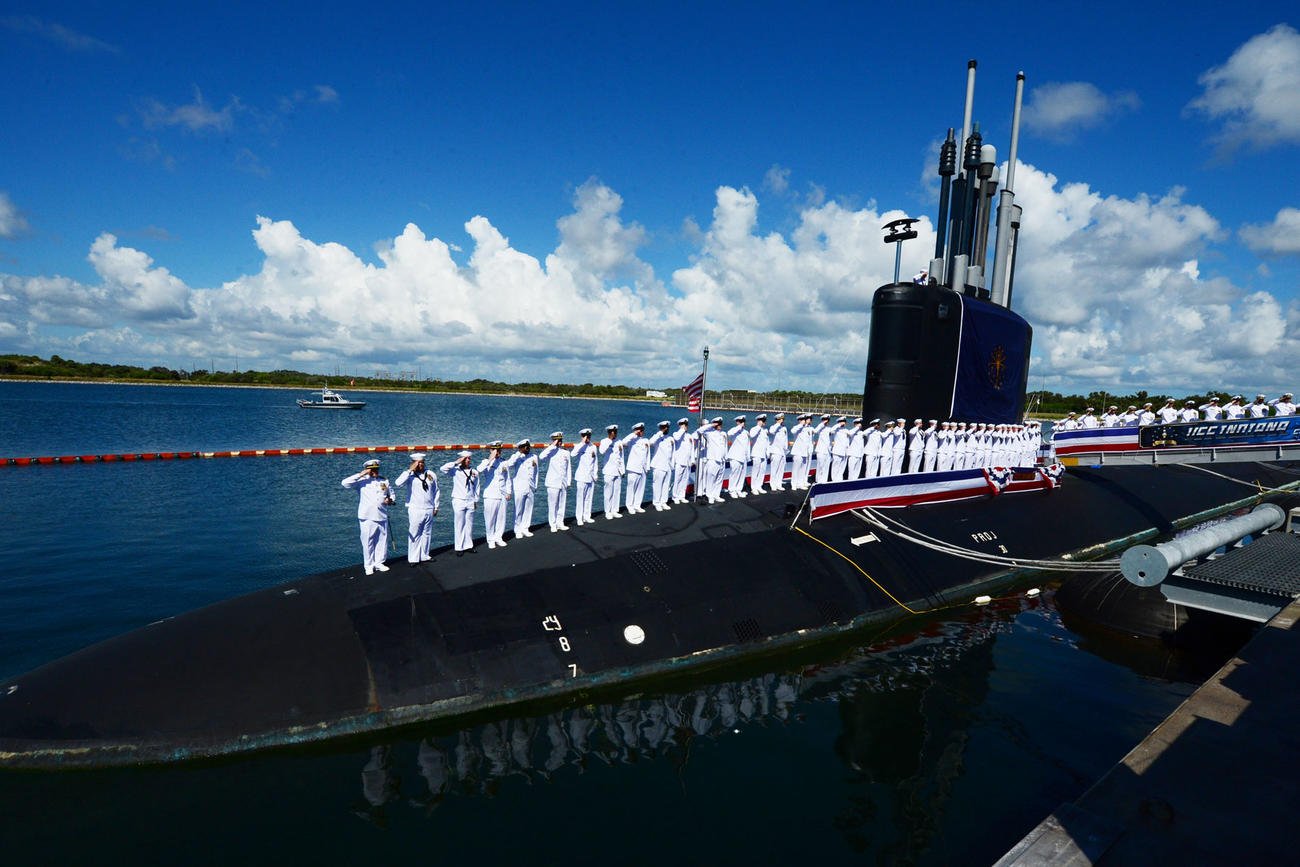 The U.S. Justice Department has reached a $10.9 million settlement with a defense contractor accused of producing substandard castings for Navy submarines at a Tacoma foundry and falsifying test results to cover it up, according to settlement documents filed Monday in U.S. District Court of Western Washington.

The settlement is being paid by Bradken Inc, a subsidiary of Hitachi Construction Machinery, that is the U.S. Navy’s leading supplier of high-yield steel designed to be tough enough to withstand extreme circumstances such as a submarine collision.

The U.S. Justice Department has filed a criminal complaint charging Elaine Thomas, Bradken’s former director of metallurgy, with fraud over three decades, from 1985 to 2017.

Bradken also has been charged with fraud in a filing in U.S. District Court in Tacoma. The company has accepted responsibility for the offense, and it will take measures to fix the problem under a deferred prosecution agreement that could lead to this charge being dismissed after three years, according to a statement from the U.S. Attorney for the Western District of Washington, which also notes there is no evidence that company management was aware of the fraud until 2017.

“Bradken placed the Navy’s sailors and its operations at risk,” U.S. Attorney Brian Moran said in the written statement. “The Navy has taken extensive steps to ensure the safe operation of the affected submarines. Those measures will result in increased costs and maintenance. Our agreement with the company is aimed at ensuring they improve their procedures and inform their peer companies about how their systems failed to detect the fraud.”

A statement Monday by Bradken said that the company is pleased to have reached a resolution with the Justice Department on civil and criminal claims. The statement said that an audit discovered that product test results were altered by an employee as they were entered into a recording system.

“While we regret that our internal controls were inadequate to detect the issue sooner, the employee acted with no prior knowledge or involvement from the management,” the statement said.

Moran said Bradken management, after discovering the falsified data, misled the Navy about the scope and nature of the fraud.

The Justice Department accuses the corporation of failing to identify many of the falsified test results and failing to disclose indications that they were the result of deliberate fraud.

“They have been charged with a felony and admitted all the facts underlying it, and if they breach any of the terms of the agreement, we can move ahead with prosecution,” said Seth Wilkinson, an assistant U.S. Attorney.

Some of the details of the fraud are sensitive because of national-security concerns. But the alleged fraud involves more than 200 productions of steel, which represent a substantial percentage of the castings that Bradken produced for submarines built by Electric Boat Company and Newport News Shipbuilding.

The castings are considered to be critical components of submarines. If they fail, catastrophic damage and possible loss of lives would result, according to the complaint filed in U.S. District Court against Thomas, who is an Auburn resident.

The castings start as molten metal, which is poured into a mold and cooled.

The contractor is required to report the testing results for the heat that produces these parts and certify it meets all specifications.

A substantial percentage of two types of castings — known as HY-80 and Hy-100 — failed to meet specifications between 1985 and 2017, but they were falsely represented to the Navy as meeting the standards, according to the charging document.

The charging document alleges that Bradken management discovered the falsifications in May 2017.

Thomas is a metallurgist with a national reputation who in 2014 received a Steel Founders Society award for career contributions. A statement announcing the award called Thomas “a world-class expert” who had developed procedures to make technically complex nuclear castings for the Navy.

In interviews with a federal investigator cited in a complaint document, Thomas acknowledged that alterations on test cards were in her handwriting. But said she didn’t think she had purposefully falsified a test result and did not have a motive to alter the results.

In another interview she acknowledged that a casting had a failing yield strength and stated it should never have been shipped, according to the charging document.

“It stinks,” she was quoted as telling the agent.

The deferred prosecution agreement calls for Bradken to cooperate with the government’s investigation and overhaul of its quality control procedures, create a new oversight position of lab testing and publish a detailed account of missteps in the Casteel Reporter, a trade publication, to educate other government contractors.

This article was written by Hal Bernton from Seattle Times and was legally licensed via the Tribune Content Agency through the NewsCred publisher network. Please direct all licensing questions to legal@newscred.com.

© Copyright 2020 Seattle Times. All rights reserved. This material may not be published, broadcast, rewritten or redistributed.