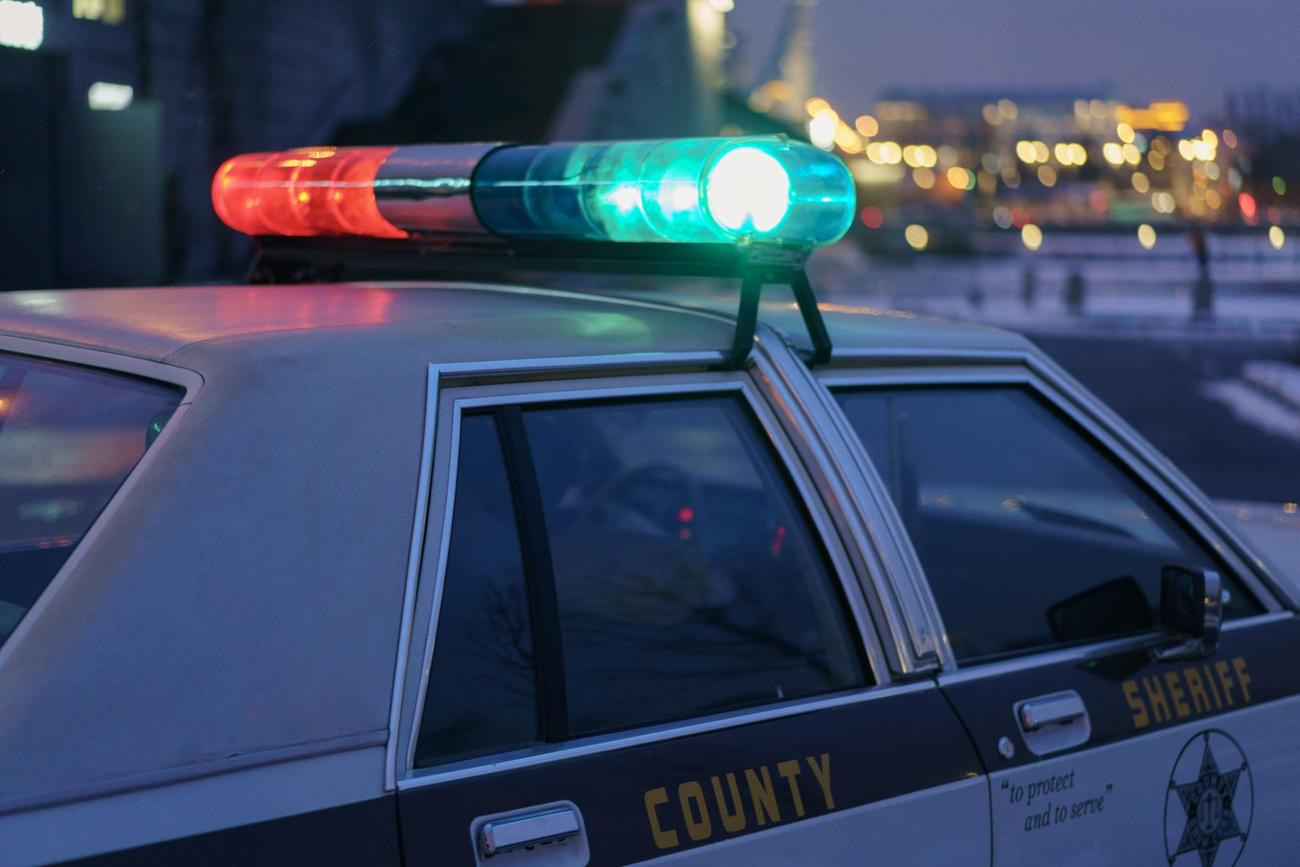 PASCO, Wa. — A Franklin County deputy was halfway inside of Dante R. Jones’ car when the former U.S. Marine hit the gas.

When Deputy Cody Quantrell opened fire, he was pinned and afraid he was going to be dragged under the car as Jones pulled away, he told investigators.

The deputy fell out, landing face down on the pavement, while Jones — fatally injured with seven bullet wounds — kept driving.

Jones, who had no gun, didn’t go far. His car was found off the road in an orchard. And the 28-year-old died before medics could get him to a hospital.

The seven-month investigation by the Special Investigations Unit into Jones’ Nov. 18 death was recently finished.

It’s now in the hands of Franklin County Prosecutor Shawn Sant to determine if Quantrell was justified in shooting Jones or whether the deputy should face criminal charges.

Jones was high on methamphetamine, possibly hallucinating, and not acting rationally in the hours leading up to the car chase with deputies in rural Franklin County, according to the nearly 1,900-page report obtained through a public records request shared with the Tri-City Herald.

This SIU investigation was led by Richland police Capt. Jeff Taylor who oversaw a unit of detectives from Benton and Franklin counties.

The report makes no recommendation on whether Quantrell acted properly under the law.

The collection of interviews, evidence reports and more describe the weeks, days, hours and minutes that led to Jones’ death about 30 miles north of Pasco near Basin City.

The report does not include video from the incident because the sheriff’s office does not have body cameras and the patrol cars do not have dash cam systems.

Jones’ friends, family and others have raised renewed concerns about his death in the wake of recent Black Lives Matter protests.

The case is one of two involving Black men shot and killed by Tri-Cities officers in recent months still under investigation.

Sant told the Herald on Friday he’s still waiting for evidence test results from the Washington State Patrol Crime Lab before making a decision in the case.

Jones grew up in Othello and also spent time in the Tri-Cities after his mother disappeared when he was 15, the report showed.

He served two deployments with the Marines in Jordan and Syria.

After leaving the military, Jones lived in Arizona with his father. He moved to Washington state eight months before he was killed.

Friends said he still would visit his grandmother in Othello.

At the time he died, a friend said in a Facebook post that he was a “kind soul and spirit” who was let down by the Department of Veterans Affairs and the healthcare system after serving his country.

Family and friends told SIU investigators that Jones was deeply affected by what he saw overseas, including the death of fellow soldiers and the bodies of children.

Veterans Affairs doctors were treating Jones, but the trauma left him with problems functioning in society, including difficulty in holding down a job at a hardware store or a restaurant, said the report.

“One close motherly figure in his life described him as ‘having caught a demon while serving in Syria,'” police wrote.

A former roommate said Jones was ‘pro-cop’ and supportive of police. He was surprised to learn Jones had been killed in a confrontation with officers.

His only other trouble with police was a trespassing incident 10 years ago involving a damaged fence in Pasco.

Friends told investigators that Jones had a drinking problem, and a former girlfriend said she believed he had used drugs before switching to alcohol.

Meth in His System

While other friends and relatives believed Jones was drug free, there was a high level of meth in his body the night he died, according to an analysis from a private crime lab.

The report said it was at a level known to cause “violent and irrational behavior,” including hallucinations in users.

Nearly three hours before Jones was shot, he was seen about 30 miles away at 12:40 a.m. on a doorbell security camera, pacing outside a Richland home.

“The video shows Jones knocking on the door and then conversing as if there is someone with him,” wrote Taylor in the report. “The conversation he is having seems to indicate that he is not in touch with reality and not acting rationally.”

But two of Jones’ friends told investigators it wasn’t unusual for him to talk to himself and it didn’t mean he was out of control.

The people living at the home didn’t know Jones or why he was at their house, and they called police. Jones was gone by the time officers arrived.

Investigators aren’t sure where he went next before he was seen speeding in north Franklin County.

Speeding Through the Fog

At 2:45 a.m., a Franklin County homeowner called emergency dispatchers about a car parked in his driveway with the stereo blasting.

Three sheriff’s deputies were patrolling in the area that night and headed that way. It’s unclear if that was Jones because the car was gone when the first officer arrived.

But at 3:08 a.m. a car going 82 mph sped past Franklin County Sgt. Gordon Thomasson after he searched for dark sedan in the loud music report. He tried to catch up to the car, but it disappeared in the fog.

Thomasson, a 15-year veteran of the sheriff’s office, said he thought the driver might lose control at the intersection of Taylor Flats and Ringold roads, so he headed that direction.

“As Sgt. Thomasson approached the intersection, he saw that the vehicle had slowed down and appeared to be waiting for the police vehicle to catch up to him,” said the report.

When he got close, the car sped off on Road 170. Thomasson followed, but had not yet turned on his emergency lights. The closest he got to the car was 200 yards, and he told dispatchers he never got close enough to activate his lights.

When the sergeant passed Davis Lane, he spotted the other deputies behind him. He let Quantrell and Gardner take the lead near the intersection with Sheffield Road because he’d had traction troubles with his car as he pursued the speeder.

At 3:19 a.m., Quantrell caught up to Jones, who again had stopped in an intersection. Jones paused long enough for Quantrell to see his license plate number.

“Deputy Quantrell stated that his (emergency) lights were on and after the vehicle took off from the stop, he turned on his siren as well and pursued the vehicle,” said the report. But Jones didn’t stop and the deputy followed.

Suddenly, Jones “brake checked” by quickly stomping on his brakes.

Quantrell’s patrol car nearly slammed into Jones’ car, later telling investigators, the only way he avoided it was by going into the oncoming lane of the two-lane road. And Jones took off again.

At that point, at 3:23 a.m., Thomasson called off the chase, and Quantrell and Gardner shut off their emergency lights.

But again they came upon Jones stopped in the roadway and Quantrell was the first to drive up to his Civic. The deputy had been with the sheriff’s office about a year after working in law enforcement for the Yakama Nation and Toppenish Police Department.

“As he got close to the car, Deputy Quantrell stated that he saw the suspect vehicle’s reverse lights come on,” he said. “The vehicle then began backing at a high rate of speed towards Deputy Quantrell’s patrol car.”

Jones stopped next to Quantrell’s driver’s side door.

Quantrell pulled his gun and stepped out, opening the Civic’s passenger door and ordering Jones, who was alone, to show his hands and tell him he was under arrest.

Jones was looking at him, but said nothing, Quantrell told investigators. The deputy crawled into the car with the intention of grabbing the keys to shut off the Civic’s engine.

He was halfway inside when Jones put the car into gear and started to drive, said the report.

“When the car began to accelerate, Deputy Quantrell said he became pinned between the seat and the car door,” the report said. “(He) feared he would be drug under the car or ran over. Fearing that he would be gravely injured or killed, he discharged his handgun at the driver in an attempt to stop him.”

Before the deputy fell out he fired five of the 16 rounds in his pistol. Jones was hit seven times, said the report.

Jones drove a half mile before his car veered into an orchard off Sagehill Road. The deputies followed, and after putting him in handcuffs, tried to stop the bleeding by applying pressure and tourniquets, said the report.

Jones said nothing at the scene or in the ambulance. He died on his way to the hospital.

Quantrell was treated for an injured hand and scraped knee.

Thomasson, Gardner and Quantrell were all initially placed on paid leave following the shooting but have since returned to active duty.

This article is written by Cameron Probert from Tri-City Herald and was legally licensed via the Tribune Content Agency through the NewsCred publisher network. Please direct all licensing questions to legal@newscred.com.

© Copyright 2020 Tri-City Herald. All rights reserved. This material may not be published, broadcast, rewritten or redistributed.