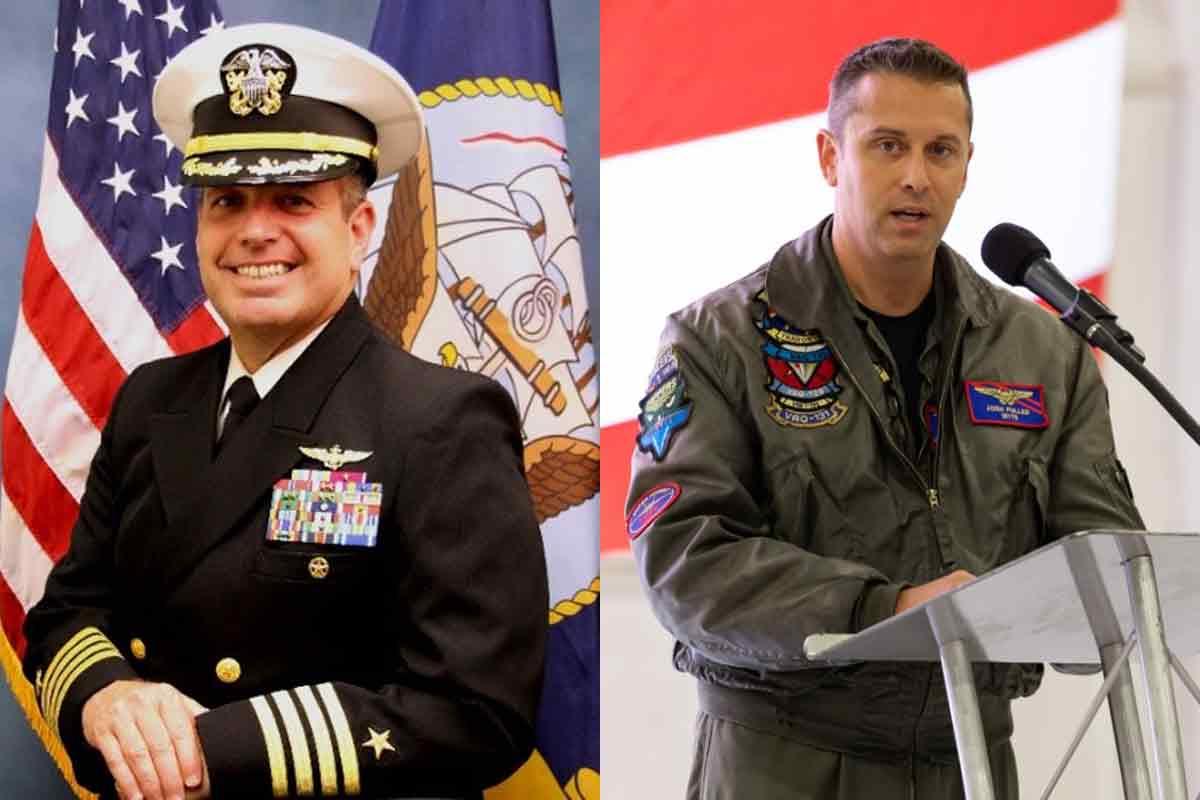 Two naval aviators were killed this week when their civilian single-engine aircraft crashed in Alabama.

Capt. Vincent Segars, the head of Naval Aviation Schools Command, and Cmdr. Joshua Fuller died Wednesday when their Piper PA-32 crashed about 12 miles outside of Selma, said Cmdr. James Stockman, a spokesman for Naval Education and Training Command. Segars and Fuller were the only two aboard the plane, he added.

Read Next: After Soldier’s Death in Vehicle Rollover, Lawmaker Calls for Military-Wide Changes

Fuller owned the aircraft, The Selma Times-Journal reported. The pair, according to the paper, were on their way from Jasper, Alabama, to Pensacola, Florida, where the officers were based. Jasper is about 300 miles north of Pensacola.

The pilots declared an emergency landing at about 4:40 p.m. Wednesday, Dallas County Coroner Alan Dailey told the Times-Journal. They were trying to land at a civilian airport that had been an old Air Force base that closed in the 1970s.

“A crop duster was up and spotted the plane,” Dailey told the paper. “There was nothing that could be done.”

Stockman declined to provide any additional details about the crash, citing an ongoing investigation being handled by the National Transportation Safety Board. The Navy is cooperating with the investigation, he added.

Segars and Fuller were decorated pilots with several decades of combined flight experience. Both served in Afghanistan, according to their service records.

Segars had served as commanding officer of Naval Aviation Schools Command at Pensacola since 2018. He’d flown more than 4,300 flight hours, and had been awarded the Defense Superior Service Medal, two Legions of Merit, a Bronze Star and five Air Medals — one for individual action and four for strike flights.

Baron Reinhold, a retired Navy pilot, wrote in a Facebook post that he was overcome with grief after learning of Segars’ death.

“Everyone that knew Vince respected him,” Reinhold wrote. “He was a man of conviction and lived with a sense of purpose. … I will live with a hole in my heart and mourn the loss of my friend and grieve with his family.”

He called the assignment the most rewarding tour of his career during his change of command ceremony.

“As I make my final approach toward the end of my career, I am honored to have helped shape the future of naval aviation, and that’s something I will treasure,” Fuller said. “The Navy’s mission success depends on the exceptional men and women among its ranks, and there are none greater than the Sabrehawks I served alongside here.”

Related: Marine V-22 Osprey Damaged After Being Hit by Civilian Plane on Runway