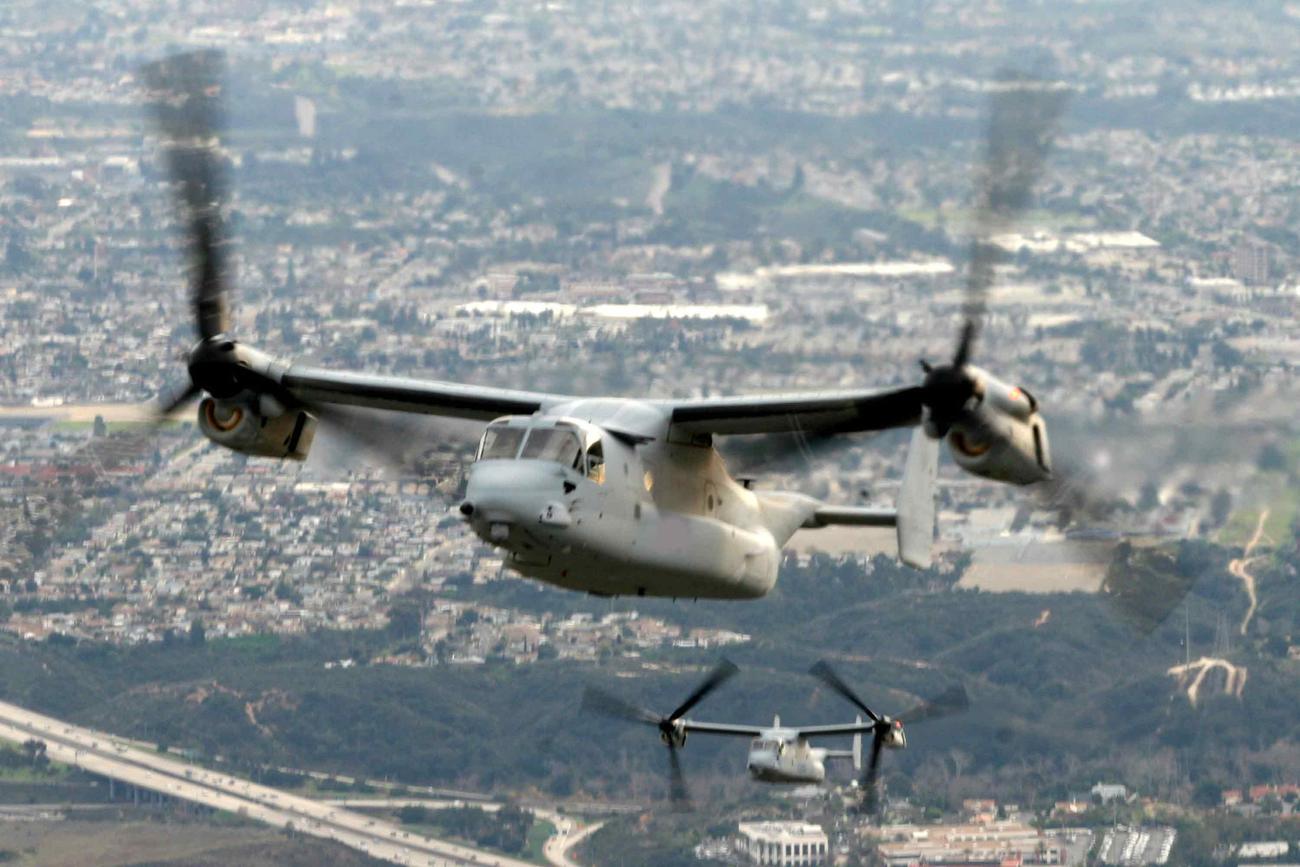 A civilian aircraft collided with a sitting MV-22 Osprey last month in San Diego, resulting in millions’ worth of damage to the tiltrotor aircraft.

The Class A mishap, defined as one that involves fatalities, damage totaling $2 million or more, or a complete loss of the aircraft, happened May 30 at Brown Field, a Marine Corps official told Military.com. The incident was highlighted in a recently released Naval Safety Center accident report.

Read Next: Challenged by Netflix Show, US Space Force Rushes to Trademark Name

According to the official, the pilot of the civilian plane lost control of the aircraft, traveling across the runway and eventually impacting the Osprey. A spokesperson for Brown Field did not have additional details on what type of civilian aircraft was involved by press time.

An investigation into the incident is pending, he added.

In December, the Marine Corps received its first modified MV-22, with a modernized and streamlined configuration.

The “C” upgrade, under the Common Configuration-Readiness and Modernization (CC-RAM) program, moves more than 70 configurations into fewer than 17 variants for the aircraft, manufacturer Bell-Boeing said in a release at the time.

Related: The Military Still Wants a Belly Gun for the V-22 Osprey